A brief overview of scorpions

Nocturnal hunters, scorpions often avoid detection. In spite of their ability to stay out of sight, these pests are common in the North Texas area. In fact, most Texans know to shake out their shoes before putting them on in case a scorpion crawled in overnight.  A close relative of ticks and spiders, scorpions are not insects but rather arachnids.

In North Texas, the most common scorpion species is the striped bark scorpion. Yellowish to tan in color, this type of scorpion has two markings resembling broad stripes on its upper abdomen. These stripes appear black in color but may be faint. Scorpions have two eyes in the middle of their heads, four pairs of legs, a large pair of front pincers, and an elongated arched tail with a stinger at the tip. 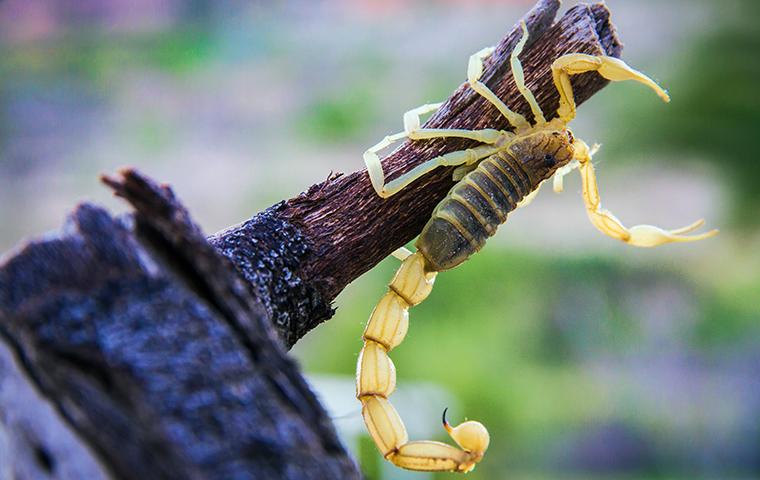 Scorpions do not bite; they sting with their notorious tails. If a Texas scorpion stings you, it will cause a large welt and will likely be quite painful.

Though scorpion stings may prove painful and cause localized swelling and itching, they are not typically dangerous to adults. The most typical Texas scorpion species, the striped bark scorpion, stings as a form of self-defense. Though deadly to small prey, a Texas scorpion sting is typically only uncomfortable for humans or other larger animals. However, reactions to a scorpion sting vary by age and individual. Children or those allergic to scorpion venom may have a more severe reaction to a sting by a Texas scorpion. If you’re stung, please consult a medical professional.

Why do I have a scorpion problem?

Most scorpions live under rocks, logs, and other organic debris. However, they will likely move inside homes and buildings during periods of extremely dry weather. Like other pests, scorpions in Texas also utilize openings around doors and windows, rips in screens, cracks in foundations, and other entry points to get inside.

How do I get rid of scorpions?

Scorpions are resilient creatures that are one of the most difficult to control in North Texas. If you’ve discovered scorpions in your home or business, our experts at Adams Exterminating Company are here to help. We’ll assess the situation and recommend a scorpion control treatment plan. Contact us today to help you get rid of scorpions.

Just How Dangerous Are The Scorpions In Lewisville?

Five Easy Ways To Keep Scorpions Away From Your McKinney Property

How To Keep The Scorpions In North Texas Off Your Property 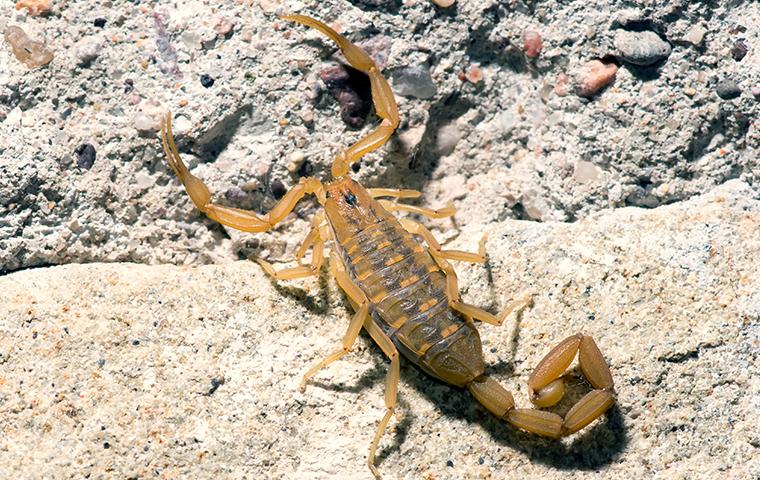 Could scorpions be hiding out on your McKinney property? Learn where to look and how to prevent scorpions from invading your home.... 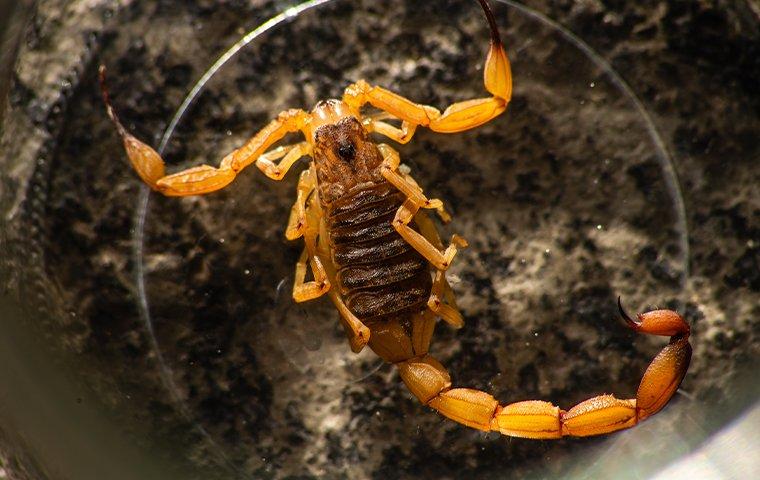 How To Keep Scorpions Away From Your Frisco, TX Property

It’s not absurd that people are afraid of scorpions. Though they vary in size, some are very big. You could be pinched by either one of their massive claws. It is also possible for you to be pricked by their stingers... 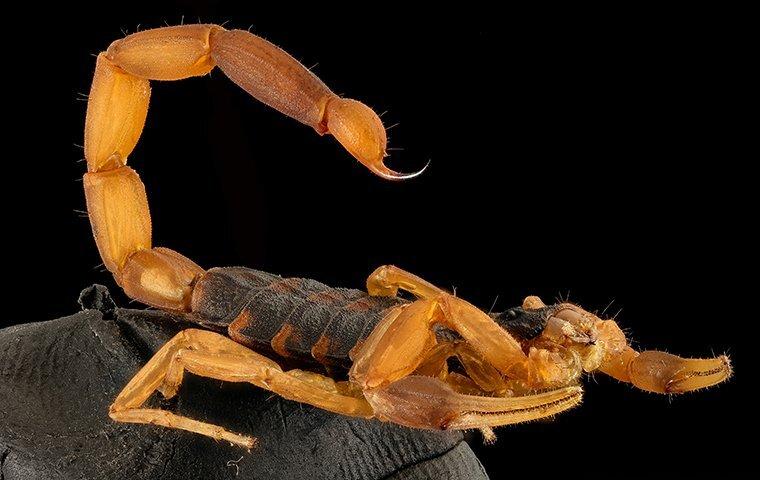 How Dangerous Are Striped Bark Scorpions In McKinney?

The stinger. The pincers. Those creepy-crawly legs. Scorpions are some of the most intimidating pests on earth. While these armored arachnids are usually found hunting prey in the wild, they are well-known intruders in Tex...