Few things ruin an evening outside faster than mosquitoes. This pest is not only annoying with its constant buzzing in your ear and painful bites, it is actually considered one of the world’s most dangerous animals. To make matters worse, mosquitoes can also be very difficult to control. In fact, DDT, one of the most toxic chemicals used in pest control, was used for the very purpose of getting rid of mosquito populations before it was banned by the EPA. Fortunately, there are steps you can take. Learn why mosquitoes are considered dangerous, and six of the most effective natural ways to control mosquitoes so you can enjoy spending time outdoors again. If mosquitoes have invaded your property, Adams Exterminating Company provides Denton pest control you can rely on. 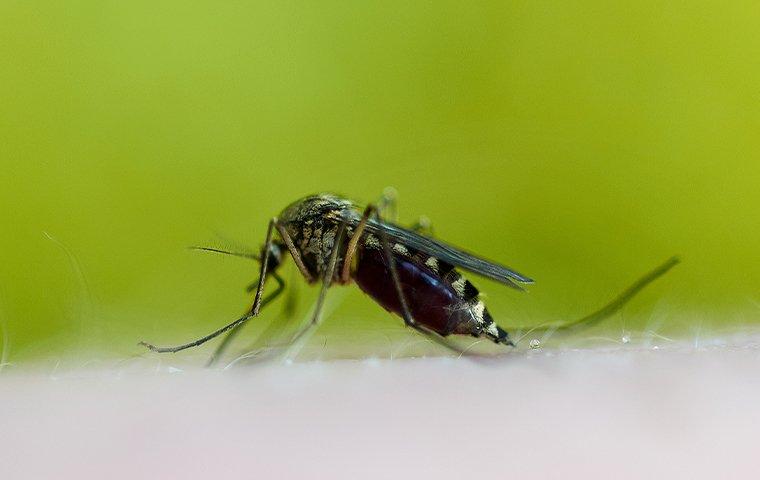 Mosquitoes are insects that are common throughout the world. Known for their painful bites, mosquitoes actually do play an important role in the ecosystem, as they serve both as pollinators and as a food source for other animals like bats and spiders, both of which have their own purpose. Mosquitoes reproduce thanks to the blood the female obtain by biting both humans and animals, which they can detect through their natural scent and the carbon dioxide that they exhale. While most bites are relatively harmless, only causing an itchy sensation for a limited period of time, they can also result in allergic reactions and health problems that can require urgent medical care. If mosquitoes are present in large numbers near your home, it is crucial that you learn how to get rid of them, as the dangers of mosquito bites increase dramatically the more you have.

Mosquitoes Are Considered One Of The World's Most Dangerous Animals

Unfortunately, the side effects of mosquito bites do not stop at rashes and possible allergic reactions. The mosquito is considered one of the world’s most dangerous animals because it can also carry serious, even fatal, diseases. According to the CDC, some of the most life-threatening illnesses you can contract from mosquitoes include:

Because these diseases can sometimes lead to death, great steps are taken throughout the world, especially where these illnesses are prominent, to control mosquito populations as much as possible. If mosquitoes have invaded your property, now is the time to learn how to control and prevent them as much as possible.

It is easier to control mosquito populations if you try to prevent them in the first place. If they can easily find sources of food and safe places to reproduce, getting rid of them will be much more difficult. Here are six home remedies to keep mosquitoes away you can use for your property.

Unfortunately, even the best natural ways to get rid of mosquitoes have their limitations and will not produce long-term results. If despite your best efforts, you are still plagued by mosquitoes, it's time to consult the professionals.

Getting rid of mosquitoes is not easy. They reproduce quickly, are attracted to the natural scent of humans and animals, and are small enough that you might not notice you are getting bitten until it is too late. The secret weapon to effective mosquito control is getting the help of professionals who have dealt with this issue before, and who know which treatments are most adapted to your particular situation.

If your property has been invaded by mosquitoes, now is the time to learn to get rid of them as quickly and safely as possible. Mosquitoes can cause life-threatening conditions as well as transmit deadly diseases, and they become increasingly difficult to control the more they reproduce and establish themselves. If mosquitoes have invaded your Denton property, Adams Exterminating Company provides the expertise needed to control them safely and effectively.

Adams Exterminating Company received an average rating of 5.0 out of 5.0 stars from 1152 reviews. 5.0