There Are Many Myths About Black Widows Spiders... Here's What You Need To Know

In our Texas service area, we are sometimes called upon to deal with black widow spiders. When we do, we often have to reassure our customers that black widow spiders are not the creatures of legend they are made out to be. Many of the myths about black widow spiders come from over exaggerations, others are flat out wrong. Let's take a look at these myths and draw some conclusions that will help us protect ourselves, our families, and our pets.

You may have heard the myth that a bite from a black widow spider will kill you. You may have even been told that a bite from one of these spiders will kill you instantly. But neither is true. There are over 300 million people in the United States. Only 4-8 die from a black widow spider bite each year. That's not bad, considering around 2,500 bites are reported to American poison control centers annually. Those who die from black widow spider bites are usually people with compromised immune systems or those who have an allergic reaction to the envenomation. The vast majority do not die. To put this in perspective: around 53 people die from bee stings each year.

Does this mean you shouldn't be cautious around black widow spiders? Of course not. A bite from a black widow can be extremely painful and may include serious symptoms such as nausea, vomiting, dizziness, high blood pressure, and shock. It is best to give this spider its space.

What can we learn from this?

Let cooler heads prevail. If you find a black widow spider on your property, don't go after it with harmful pesticides. You could end up having a more serious health crisis on your hands. Contact a professional pest control technician, have your property inspected, and that spider dealt with properly.

Has anyone ever told you to watch out for black widow spiders because they're aggressive hunters? Have you heard that female black widow spiders even kill their mates? While they do sometimes kill their mates, it isn't because they are aggressive or evil. Female spiders from many species do this, and they do it for two practical reasons—well, practical to spiders. Spiders need to eat to survive and they don't have a problem with cannibalism. So, sometimes, a female will eat a male spider simply because she is hungry. The second reason is that she is much larger than her mate. Studies have shown that spider species that have females that are larger than males eat those males 80 percent of the time. Since you are much larger than a female black widow, she is not likely to mistake you for a meal. Bites from black widows often happen when humans come into accidental close contact with black widow spiders.

What can we learn from this?

It's a good idea to learn how to avoid contact with black widow spiders, especially if you've seen them on your property. Here are a few prevention tips:

Not always. It depends on how much venom the spider injects. Male black widow spiders are not likely to deliver as much venom as a female. And bites from a female vary in intensity depending on the level of envenomation.

Now that we've looked at the myths, let's examine one truth everyone in Texas should know: ongoing pest control helps keep black widow spiders and other poisonous creatures from establishing themselves in your yard, near your perimeter, and inside your home—and some of those creatures are far more dangerous to have around than black widows.

If you don't have pest control service for your Texas home, or you're not satisfied with your current service, reach out to Adams Exterminating Company to request a free home estimate. We'll help you get the right plan in place, and help you protect yourself, your family, and your pets from the health risks associated with pests such as the black widow spider. 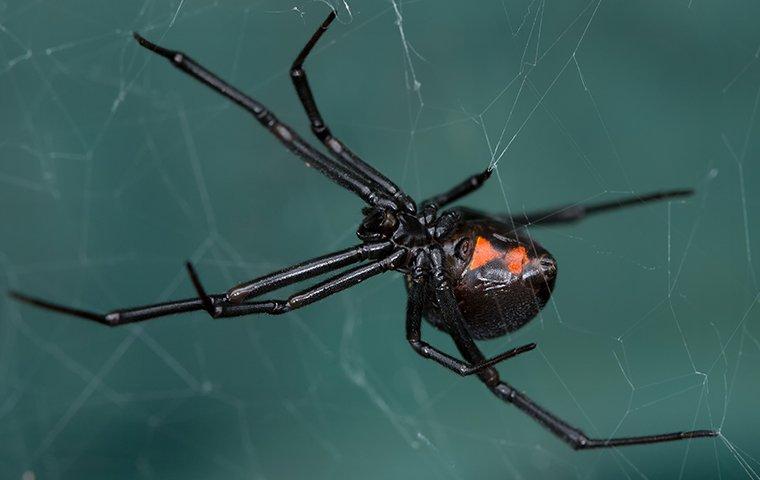 What Every Lewisville Resident Wants To Know About Black Widow Spiders

Just how dangerous is a black widow spider in your Lewisville home? Learn how to identify these venomous pests and keep your family safe.... 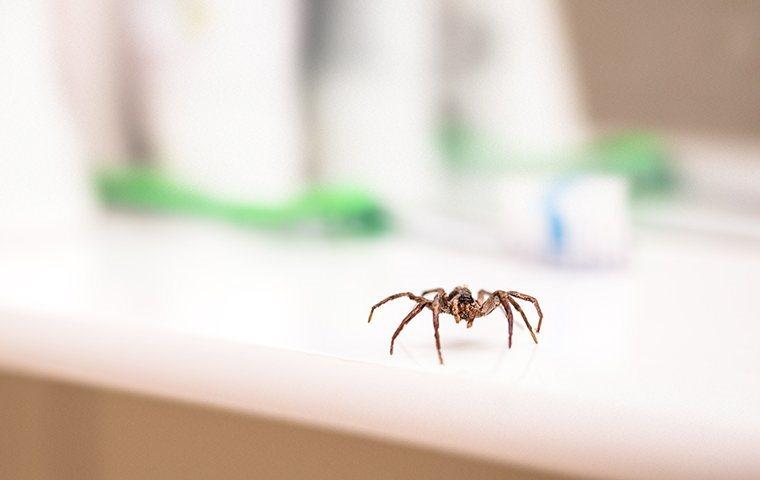 The Best Way To Keep Spiders Out Of Your Lewisville Home

You’re starting to see spiders around your Lewisville home. These arachnids can find their way into every crevice and corner of your home. Find out more about the spiders you might encounter and how to keep them away... 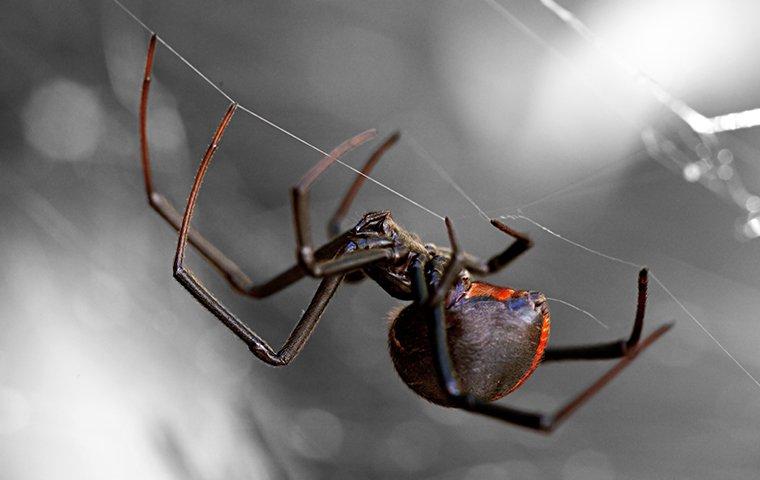 Few spiders are as scary as the black widow spider in north Texas. If you are seeking pest control for your home, Adams Exterminating Company is standing by to eliminate this creepy spider, and any other pesky pests, with ...