Spiders are undoubtedly creepy, but give them credit for knowing where to find food. Spiders generally eat other insects, so if you see them around your Lewisville home, you can be sure there are other insects in the area as well. 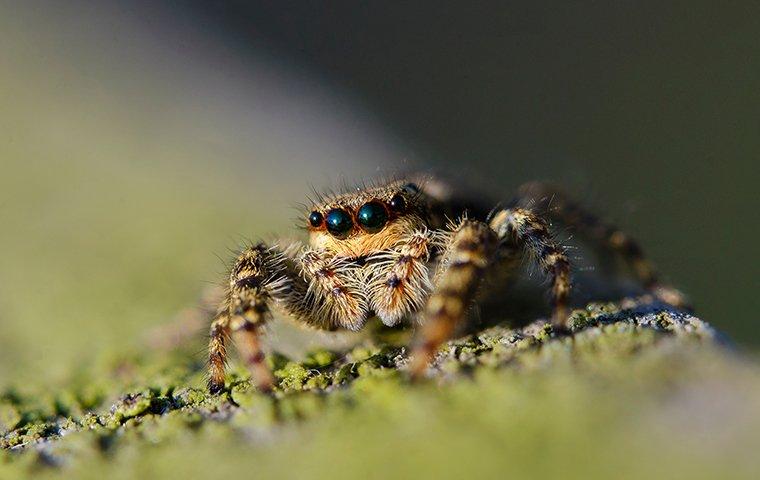 Spiders are beneficial outdoors because they eat a portion of the bug population. It’s when spiders get inside the house that we become concerned. If you see spiders in your home, it may indicate an infestation of other types of insects as well.

The brown recluse spider is between 1/4 and 1/2 inch long and is a rusty color. As their name suggests, they aren’t generally seen out in the open, and even their webs are hard to spot because they are low to the ground, tangled and messy. The bite of the brown recluse can be extremely painful, take a long time to heal, and can result in tissue damage around the wound.

The black widow spider is between 1/4 inch and 1 1/2 inches long and is shiny black. These spiders also build messy webs close to the ground. Their bites can be harmful to some people, while other people barely notice them. The difference depends on how much venom they inject and the general health of the person bitten.

The wold spider is hairy with a pattern sometimes compared to camouflage, with orange, brown, black and gray coloring. Wolf spiders bite when provoked, and some people may be allergic to them.

If You See Spiders

When people suspect a spider infestation, they usually take steps such as vacuuming up the webs and eliminating clutter where spiders could hide. Unfortunately, these steps alone aren't likely to eradicate a spider infestation in your home. Remember, spiders like to hide.

The trained technicians at Adams Exterminating Company know how to evaluate the pest situation in your Lewisville home and which treatments will be the most effective. We offer a year-round pest prevention plan that will target insect populations that draw spiders in, as well as eliminate spiders from your house. Please contact us to find out about our programs and protect your home from dangerous spiders and other insects.