Several species of beetles are prevalent across North Texas, and because of how widespread these insects are, many of them are also common pests found in North Texas homes.

Once beetles find their way indoors, some cause damage to furniture and other household items made of wood, while others invade everyday pantry items, such as grains and flour. The presence of these pests alone can also attract other pests to your homes, such as more giant beetles and centipedes. 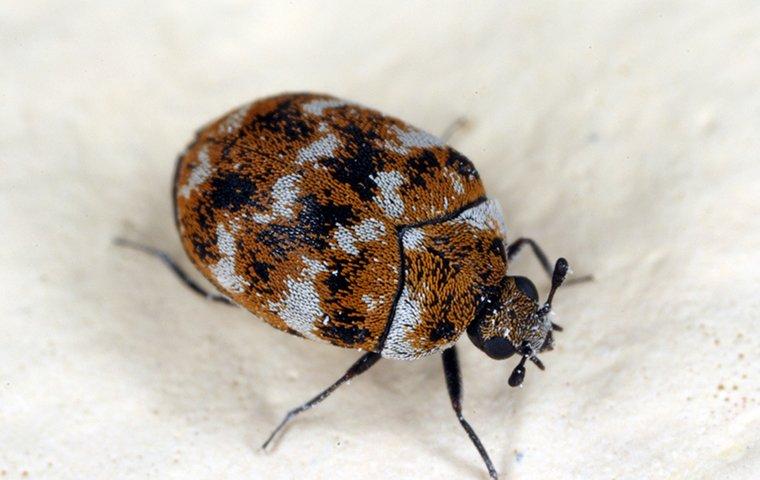 How To Identify Beetles In North Texas

Of the beetles which invade North Texas homes, the most common species are:

If I See One Beetle Around My Home, Does That Mean There Are More?

For the most part, beetles tend to hide away in unseen, unnoticed places. Although you’re likely to see one or two occasionally, you likely won’t notice a growing problem until it has escalated into a full-blown infestation.

The Problem With Beetles On Your North Texas Property

Beetles can cause a heap of problems for North Texas homeowners.

Some beetles, such as carpet beetles, cause damage to personal and household possessions, specifically those made from animal products, such as fur, wool, silk, and feathers. These pests will feed on and create holes in items, such as books and bookbinding, clothing, carpet, blankets, fabrics, and furniture.

Other beetles, such as cigarette beetles and confused flour beetles, will infest stored pantry items, especially dried foodstuffs like tobacco, pet food, fruit, beans, flour, cereal, rice, nuts, grains, and spices, such as paprika. Others, such as the saw-toothed grain beetle, feed on dry pasta, bread, sugar, dry meats, and candy. When doing so, they feed on these items and contaminate them with their excrement, shed skins, and eggs.

Although not dangerous but unsettling, the larvae of carpet beetles, specifically, are drawn to the oils found in human hair and will often crawl across people as they sleep to feed on their hair. As a result, some people may develop skin irritation or an itchy rash.

How Can I Keep Beetles Away From My North Texas Property Naturally?

Although the most effective way to keep beetles from invading your North Texas home and property is with professional pest control services, there are a few natural ways that you can dissuade them. Here are three:

Even better than natural remedies, however, are professional pest control services. Adams Exterminating Company is a local fourth-generation, family-owned business with more than 70 years of industry experience, known not only for its pest control services but also for its customer service.

For help with beetles and other pests, call Adams Exterminating Company today at 888-966-9043.